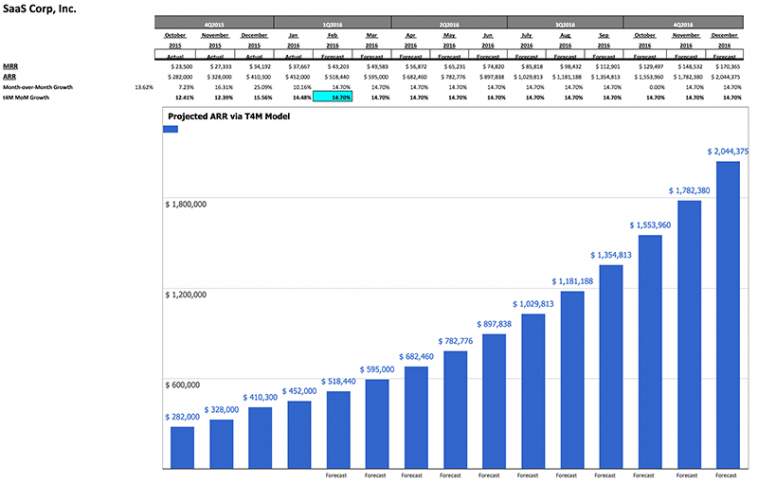 “To keep you honest, and help the entire company and team keep track of how you are really doing … build a simple, rolling, “L4M” (Last Four Months) model. It just takes minutes.”

The Power and Honesty in a L4M Model. Build One Now. | SaaStr https://t.co/Oedu6eCnOn

One thing I see most SaaS companies do a pretty poor job of until they have a great finance team is a go-forward model.   A real financial model for the next year.

It’s not that everyone doesn’t do some sort of financial model.  Most do.  It’s just … they tend to not really make any real sense.   Not when you do a deep dive and really probe the assumptions.  If you went from $1m to $3m ARR this year … why exactly are you going to do $12m next year?   The models sometimes tie, sort of … but they often aren’t really, well, “real”.  And they are often late, and/or unfinished.

Even once start-ups have a strong finance team, the models they do make are often still … too rosy.  They put in assumptions from VPs and even CEOs that while plausible, aren’t really supported by trailing data or experience.  Optimism is good.  Delusion though can be dangerous.  The classic one I see is hiring tons of reps or spending tons on marketing to magically grow faster than ever before.  That can work.  But putting it in your model for next year before you have any real proof points?  Hmmm.

So let me make a simple suggestion.  Build your financial model however you want.  And whatever you do, use it to build your key goal for ARR at the end of the year.

To keep you honest, and help the entire company and team keep track of how you are really doing … also build a simple, rolling, “L4M” (Last Four Months) model as well.  It will take just a few minutes.  Then use it every month to track against your goal for year-end ARR.  And I bet you it’s more accurate than your “real”, detailed model your finance team spent weeks or even months building.

What’s that you ask?  An L4M Model?  Well, it’s simple.  You take the average growth rate of the past four months.  And roll it forward 12 months into the future.  (L4M = “Last Four Months.”)   Some folks may also call it a T4M model (“Trailing Four Months”) that are familiar with a lot of modeling.  Anyhow.

Maybe you don’t like this number.  Maybe your plan says $3m ARR.  Maybe you think the last month was an “anomaly”.  That Q4 was soft.  That it was your co-founder’s fault.  That you got distracted with fundraising.  That the move took up a lot of your time.

You know what.   THE MODEL DOESN’T CARE.

The key here is to update this every month.  Which should take about 60 seconds.  If you start to grow faster, the model will automatically scale up.  If you have a few slow months, it will tell you that at least right now … you aren’t going to make the plan for the year.  That we have to step it up.

And you can, and should, share this with the whole company and the board.  Because it is, what it is.  It’s not subjective.  It doesn’t make excuses.  And it doesn’t let you hide.

Do it.  Add it as Slide 5 of your board packages, to every company meeting, to every update after you close out the month.  Because it’s honest and it doesn’t judge.  And don’t use it to criticize folks if you are behind the plan.  You don’t even need to comment on it.  It’s just what the trailing growth rate predicts.  Everyone will get it.

And there will be fewer excuses.

You can do more than 4 months if you want, but too many more, and you start to go back too far in time.  This doesn’t help in fast-growing companies.  And you can do less than 4 months.  But if you do, spikes will make it less predictive.  4 is about right.

The Power and Honesty in a L4M Model. Build One Now. originally appeared on SaaStr.com 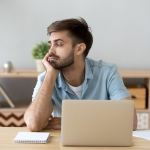 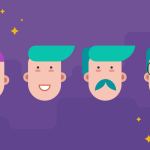