The other day, a sales leader working asked me how I got to be “so good at sales.”

I’m not.  You might think so that after almost 3,000 answers on Quora, 300 blog posts, and 35,000 tweets.  But I’m pretty bad at it.  In fact, that’s why I have so much respect for the art and process of sales.  Because once I saw truly great folks practicing the art — the lightbulb went off.  I saw you really could be 2-3x better than me in sales, and make it repeatable, and really scale that way.  Respect.

And most founder-CEOs I meet think they are bad at sales too.  The reason usually is BATNA — your Best Alternative to a Negotiated Agreement.  We’ve talked about BATNA a long time ago in the context of selling your company, where the concept is critical (read that here).  But it also comes into play in every “big deal” you work on.

As a founder, most of us panic at the thought of losing an amazing top prospect like Google or Shopify or Coupa or Aetna or whomever.  We know how hard it was to get the lead, to build the trust, to win against the competition.  When at the 11th hour, the customer pushes back hard on pricing … we don’t want to blow the deal.  We do what it takes.  We’re founders.

So the best VPs of Sales and the best Seasoned Big Deal AEs know how to play BATNA.  In Big Deals, by the time you come to pricing … pricing isn’t the #1 issue, not usually.  You’ve already been selected as the winning vendor.  So both sides have a BATNA.  If the customer walks, she doesn’t get the vendor she wanted.  And if you or your VP of Sales walks, you don’t get the deal.  Both have risk here, especially once trust is built and the vendor has been chosen.

As founders, we just aren’t great at BATNA.  We do a holistic calculation that makes sense at a gut level, but leaves too much money on the table.  Our equity isn’t comped  based on making the month or quarter.  Our equity is comped based on Not Failing in the beginning, and Not Running Out of Money in the middle, and Not Losing after that.  Only later is our “equity comped” on the maximum revenue from all the leads.

So back to me.  As a “VP of Sales” I’ve almost always done mediocre deals.  When I sold my second company, I did it myself, and I sold for less as a revenue multiple than the first time — when we hired someone to do the process.  Every “big deal” I closed at EchoSign myself had a lower TCV than the ones my best team members did, at least 20-30% lower.  Etc. etc.  I think I left 20-30% on the table in every deal I’ve done as a CEO myself because of my BATNA calculation.  Of my view of the risks of not getting to a deal.

In fact looking back I left tons of money on the table every time, in every big deal — except one.  My key BATNA moment.  The only time I was ever good at sales.  In my first start-up, we had a $5m contract with a Fortune 100 company in our first 90 days as a new company.  This was huge, of course.  It’s how we got funded, off the ground, and all that.  Then we went to the all-hands meeting to close the deal.  All the BigCustomer’s SVPs were there.  I thought it was to cement a partnership.  Which it was.  But it was almost an ambush — to renegotiate the deal to $2m at the very last minute.  When all the pressure was on.

They handed us a new contract across the table for $2m, instead of $5m.  With some slight sweeteners (paid up front, right now — and actually more than 100% paid up front due to some freebies they threw in that cost them nothing but helped us).

Now we had to close this deal.  We had no company otherwise.  We had no choice.  $2m or $5m, we had to get the deal.  Or our odds of success would be basically zero.

But that contract was about a 55% gross margin contract.  If we took the deal down to $2m, that would drop our margins so low the company, in my mind, would fail.  Period.  I was 100% sure of it.  We would run out of money with 100% certainty.

The team, including our Chairman, freaked out in the other room.  They told me we had to take it.  But they weren’t doing the gross margin calculation the way I was.  We’d fail if we took the deal.  Just slowly.

I walked back in and told them it actually had to be $6m.  I told them we would go bankrupt otherwise, and would be worthless as a vendor and partner to them.  I showed them why.

Hire a great VP of Sales, and importantly, if you are hunting big deals — hire folks that have sold at your target ACV for the big deals.  You still want to leave a little money on the table, you want your customers to get a fair deal.  But these guys — they know how to do BATNA right.  The great ones won’t blow the deal.  But they’ll at least get you that extra 20-30% (or sometimes much more).  Almost every time.

BATNA – Why You are So Bad at Sales originally appeared on SaaStr.com 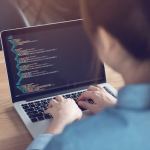 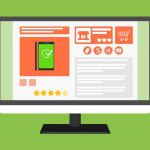