On lead poor vs lead rich sales environments … And how to get more revenue per lead pic.twitter.com/DpWU1RjdMV

#1: Terrible leads in the second one, you say.  What the heck.

#2 Terrible demand gen in the first, you say.  Dude.

#3: And that’s not fair, you may say.  The first obviously has much more highly qualified leads.  The second clearly has tons of unqualified leads.  It’s apples and oranges.  The total Qualified Opportunities are probably about the same.

No.  Well, yes.  All three of those insights / criticisms are (probably) right.  But it’s more subtle than that.

One is in a large, existing, old, established category.  Probably because of that, it’s “Lead Rich”.

The other is in a large, but less defined category.   Probably because of that, it’s “Lead Poor”.

The meta take away is that, actually, a Lead Rich environment is not necessarily better than a Lead Poor one.  The end results here were/are about the same.  Lead Rich environments usually have a bazillion competitors, and a lot of lookey-loos, and don’t necessarily generate more revenue than ones with a very targeted approach to sales and marketing.  Lead Poor sales environments often lead to learning better how to penetrate accounts, and get good at outbound.

What is important is that your Qualified Leads, ideally as far down the funnel as you can measure, go up every month, every quarter, ideally faster than your revenue growth rate.

Beyond that, there’s one takeaway I’ve really learned here.  Lead Rich reps, Lead Rich VPs of Sales … often struggle in Lead Poor environments.  And vice-versa.  Lead Rich start-ups are bucket shops, they are a numbers game.  You move on fast.  In a Lead Rich environment, you probably are a in a hyper-competitive, well established space.  If you are competing with Salesforce in CRM, or Box/DropBox, etc. … if you do a good job on corporate marketing … you should get a ton of leads.  None of them may close.  But a lot of leads.  Heck, even closing 2% of these leads may be great.

If you are building a new enterprise OS for drones, it may be a lot fewer leads.  But I’m betting the leads you do get will be of higher quality.  Here, your VPS may need to close 20-30% of all leads.  Like — All Of Them.

The efforts, culture, and DNA in these environments are very different.  In Lead Poor environments, every deal matters.  Every deal has to close.  You miss one big deal that quarter?  You miss the quarter.  So you need a VP of Sales that gets every deal.  Done.  Or at least, that works at 95% effectiveness on every deal.

In a Lead Rich environment?  Your VPS can’t possibly be in most deals.  In fact, she won’t even know about a lot of them.  And you lose one?  Well, do a quick debrief, and improve.  Improve something.  So that next time, the odds go up from 2.02% to 2.12%.  But the per-deal effectiveness is going be a lot, lot lower.

Just one real takeaway.  If you are in a Lead Poor environment, if you are creating a new category, if you are changing behavior.  Then don’t hire someone from a Numbers Game Company to be your VP of Sales.  That’s a hard job too.  It’s not any easier — see the above case study. 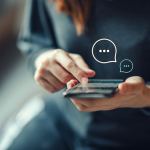