Q:  How does a CEO/founder/owner pick their salary?

In my first start-up, we raised $9m in our seed round — a large first round, but the times were different.  The VCs set my salary without discussing or consulting with me (a different time, indeed).  My prior salary as a VP before the company had been $150,000, and they raised it to $180,000, with a performance-tied bonus.  On a monthly basis, that was a pretty small % of $9m for the guy that closed $6m in revenue in Year 1.

The second time, at Adobe Sign / EchoSign, we “only” raised $2.6m in our first round.  There, each dollar mattered more … and also, I had a few nickels in the bank from the first one …

So the second time, when it was up to me, as CEO:

The “right” answer is probably the least practical when every single dollar matters.  And then, probably, “low market” after that.

But later … once you have positive cash flow, and/or a large amount of capital in the bank … you need to de-stress things.  You really do.  It’s a 7-10+ year journey.

So at least then — take enough salary so it’s not a stress point.  If it is — that’s bad for the company.  And everyone.

When I invest in start-ups now, if they have revenue and it’s starting to take off … and they raise > $2.5m or so … this is one of the first questions I ask.  Do you make enough?

Because I don’t want you sweating that.  I’ll just invest another $100k if that’s the issue at that point.

But pre-Initial Traction, and/or if you don’t raise much … you have to manage your own salary like any other expense.  And probably make it as small as possible.

How Does a CEO/Founder Pick Their Own Salary? originally appeared on SaaStr.com 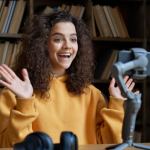 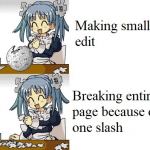