“Secondary liquidity”, where you can sell some of your shares in a round, is more and more common now

Should you sell if you can?

The answer to me is simple: Are you OK if it turns out you never get another chance to sell?

If the answer is Yes, don’t sell

These days, if you raise money at a >=$80m-100m valuation, and are oversubscribed, most bigger Silicon Valley VC firms will offer to provide some founder liquidity.

It’s not out of the goodness of their hearts. It’s so they can buy more. Bigger funds want to own as much as they can, and if they can get another 2%-3% more than otherwise, secondary liquidity is a way to get it.

Some advice here though:

And importantly, these core guidelines are for founders.  Founders know.  They have tons of legal inside information.

So the less inside information you have, and the more anxiety you’ll have if you never get another chance to sell — the more you should err on selling in a hot round if you can.

7 Guidelines on Selling Some of Your Stock in a VC Round originally appeared on SaaStr.com 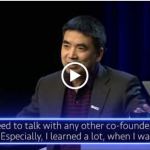 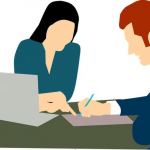