The founders named their startup JFrog because a frog is agile and always leaping forward.  And yes, the company has been doing this from the start.  JFrog is the pioneer of Continuous Software Release Management, or CSRM.  The market is estimated at about $22 billion.

So this week the company hit another milestone:  It’s IPO.  JFrog offered 11.6 million shares at $44 each and they spiked about 47% — putting the market cap at $6.6 billion.

Before starting JFrog, the founders had built a successful IT consulting firm, AlphaCSP, which focused on developing Java solutions.  In other words, they got first-hand experience of the pains of software development.  Because of this, Yoav Landman created an open source version of JFrog that helped provide automation of the process.  The initial goal was actually not to build a company; rather, it was just to solve the highly complex problems of managing software updates and delivery.

However, since the adoption was so strong from users, the founders quickly realized that there was a big-time business opportunity with JFrog.  Yet the strategy was not to have a conventional startup.  Keep in mind that the company was focused on operating a lean cost structure (for example, JFrog has been cash flow positive for the past five years).

There was also a highly efficient inbound sales model.  In fact, there is currently no field sales organization!

“Our journey with JFrog started back in November 2015 when I first met CEO and co-founder Shlomi Ben Haim and the JFrog team,” said Jai Das, who is the president and managing director at Sapphire Ventures, which participated in the $50 million Series C investment.  “One of the first things that stood out at the time was JFrog’s highly efficient financial metrics. But even more appealing was the product vision the founders outlined. The DevOps platform they were creating would accelerate the building and deployment of software, and made us believe that JFrog was on its way to become what we like to call ‘a Company of Consequence.’”

But of course, there were other important factors that Das considered.  They included: 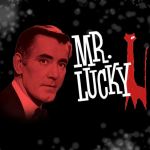