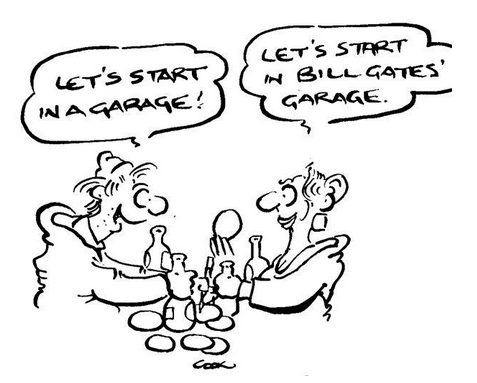 Almost Screwed: Bootstrapping From $0 to $20M ARR in 2 Years with ClickUp https://t.co/lFF2uMeNwq

There’s a phenomenon, a type of SaaS company, that I think if you are scrappy, if you can make things happen as a founder — that you need to be careful not to become.

I’ve known quite a few over the past 7 years, and each and every one is a bit of a slow-motion train wreck disguised as a modest success.

The basic scenario is this:  By Hook or By Crook, after 2-3 years, they get themselves to $1m-$2m, in ARR, with no capital at all, no investors except themselves.

Now if you can get there in 12-18 months, that’s great.  24 months is probably OK, but at the edge for most people.  Or if it’s a semi-mythical lifestyle business, maybe it’s OK.  Or if you are in consumer internet, it might be OK because you don’t have customers or need so many people.

The problem is going too long without capital when you really need it.  You get exhausted:

Exhaustion sets in.  And this is where the competition kills you.  Because they aren’t so tired, and even if you are ahead of them, they have a fresh perspective, fresh troops, fresh capital.  You will ultimately lose.

I’m all in favor of bootstrapping in SaaS.  In our IPO/Billion Dollar Valuation/Bootstrap Case Study of Eloqua/Marketo/Pardot, the bootstrapped founders at Pardot did the best financially.  But they got to scale relatively quickly – in 24 months.  This is hard in SaaS.

And you can also bootstrap for a while, and then raise later.  This worked out well for Atlassian and Qualtrics and more.

So bootstrapping is great.  But if after 18-24 months of bootstrapping, you can raise venture capital — I would take it, in SaaS at least.  So you don’t exhaust yourself, your team … and your vision … to death.

Learning from the Lows: How Mailchimp Navigated Economic Uncertainty https://t.co/qD69tndIJ4

Don’t Accidentally Bootstrap Yourself to Death originally appeared on SaaStr.com 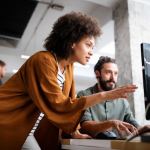 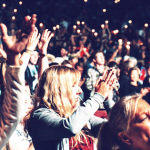