Recently I was catching up with a good friend who used to be CEO of an enterprise-y SaaS social networking company — and the usage and engagement numbers of his business were just awful.

Customers bought because they thought their organizations needed this functionality, and so they wrote the checks for Year 1, and even Year 2.  But the end-user usage just never appeared …

In SaaS, it actually takes until Year 3 for your customers to churn out from low engagement / low usage.

The reason is as follows:

It’s not like Zynga, where you see the latest XXXVille usage trail off in a few months after launch, and the revenue comes to a grinding halt.  Instead, from a revenue perspective at least, for enteprise SaaS with low engagement, it ‘s a long, slow steam railroad slowdown to zero revenue over 24+ months.

We also saw this at Adobe Sign / EchoSign, at least in small parts.  Most of our larger enterprise customers deployed relatively quickly – the first 60 days.  But some, most often due to internal manager changes (our purchase/champion quit, promoted, etc.), would never ever deploy at all in Year 1 despite all our attempts.  Yet they would still renew for Year 2.  And as long as we got them rolled and successful – we were good for the Year 3 renewal.  If not, the customer would churn – but not until month 24.

So if a SaaS app is fast growing, often because there’s segment pull, and there’s a lot of churn in Year 3, it can take a long time to see it, as the numbers can be masked at first by all the new Year 1 and Year 2 deals.  In other words, you just can’t tell unless you look at the engagement numbers, not just the churn numbers.

Churn is a lagging indicator. Especially where business process change is involved. Don’t let low churn give you comfort, unless it’s attached to high NPS and net retention.

(note: an updated version of a classic SaaStr post)

Why It’s Year 3 When You Lose Your Customers originally appeared on SaaStr.com 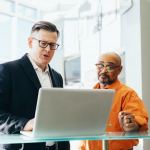 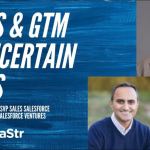