Anyhow that’s all important, but ultimately, small stuff in a start-up.  You can survive without performance reviews, and you can give your crappy raises out in January.  And just remember to thank people all the time, and then that part will be OK.

But there are some things you just have to get done now.  Because if you wait — the impact will just be too small.

This stuff may sound minor, but it isn’t.  You gotta do it.  Once you are at Initial Traction, it’s all about the team.  You need to spend 20% of your time recruiting your management team, all the time, every week, every month (more on that here).  But also, as the year winds down especially, you need to make sure you deliver for your non-management team, too.  Fix what’s wrong now.  It’s not too late.  Promote who deserves it.  Pay up.  And level up.

Especially — don’t wait until next year to do.  By then — they may be almost out the door.

Who Ya Gonna Promote? Don’t Wait Too Long. originally appeared on SaaStr.com 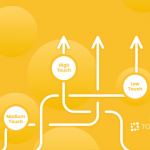 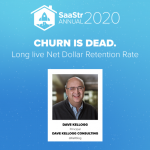