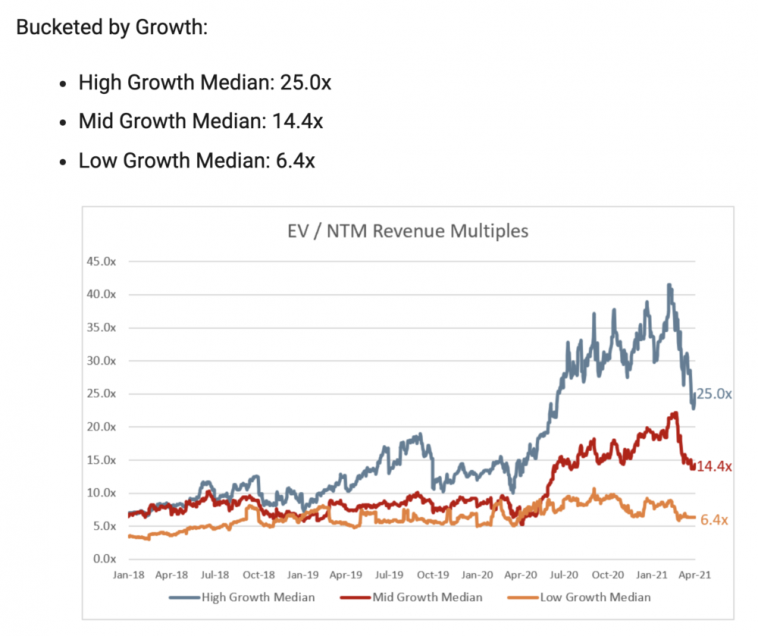 Jamin Bell of Altimeter Capital has a great Substack looking a lot of SaaS and Cloud metrics.  I thought I’d pull out one set of data and focus on what it means for startup valuations.

First, what are public SaaS companies worth today (after a modest pull back?)

That turns out to be just about true for start-ups, as well.  It’s just the growth rates are different.

The anchor growth rate post-IPO for a SaaS company is 30%+ Year-over-Year growth (at $150m+ ARR).  Do that, and you are a growth stock with a high revenue multiple.  Fall below 30% growth post-IPO though, and your multiple plummets.  Below 20% and you become a highly mature stock, with low revenue multiples, no matter how successful the product is.

The anchor growth rate for a SaaS startup remains, roughly, the Triple Triple Double Double.  I.e., go at least from $1m to $3m ARR in one year, then $3m to $9m, then $9m to $18m, etc.  I.e., the top SaaS companies still at least triple annually before $10m ARR, and at least double thereafter.

Now these days, the very very top SaaS companies can do even better.  See Zoom, UiPath, Snowflake, Datadog and more.  So when a VC thinks they see one of these, the valuations can seem almost nonsensical, e.g. 100x revenues.

But generally speaking, the above yardsticks are about right:

The biggest froth in startup markets is how few SaaS and Cloud companies really command the top-tier revenue multiple of 25x+.  But how many private Unicorns do.  Can they all grow as fast as Datadog, Shopify, Snowflake, and more at scale?  We’ll see.  That’s the best VCs are making.  That there will be 500 more of these top-tier public SaaS companies.

Public company and startup revenues don’t tie perfectly, but they usually are in sync. 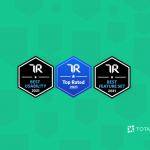 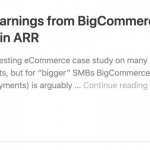