There’s a metric the very top founders track quitely, but ruthlessly, that I find other founders either don’t track, or sort of hide from.  That’s % of marketshare.  And importantly, if it’s growing, or shrinking.

Why does it matter?  Well, your growth or lack thereof of market share is the #1 sign of potential decay in your product. And potentially also, of the need to upgrade the team.

Think about the basic math for a moment:

And a few related points:

Now this isn’t to say you can’t still have a great outcome growing more slowly than the competition.  A few examples:

#1. $4B BigCommerce is growing more slowly than its $140B bigger rival, Shopify.  That’s a big, big gap.  But BigCommerce is still worth a very impressive $4B.  More here.

#2.  $4.5B DigitalOcean is growing more slowly than its mega competitors Azure, AWS, etc.  But it’s still worth billions, in a very large market.

#3.  $4B NewRelic is growing more slowly than $27B Datadog, but again still worth billions.

You can’t always grow faster than your top rival.  But you can at least be honest about it, and at least the co-founders can quietly own this as a core KPI.  Track it for real. Even if just hitting the core plan is enough for the rest of the team.

And if nothing else, at each company meeting and board meeting, come up with a simple tracker.  Are we gaining share — or not?  Track it over time, each time.  (Yes, you may have to make some educated guesses and get some data from unusual sources.  If nothing else, you can pretty reliability track headcount growth on LinkedIn).

Especially in a growing market, like most SaaS categories, you can both grow and fall behind at the same time.  As founders, it’s your job to see that, even when others can’t.  And usually, you’ll see it early enough there when there is still plenty enough time to do something about it.

Are You Getting More Competitive, Or Less Competitive? Hitting the Plan Might Not Be Enough originally appeared on SaaStr.com 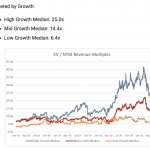 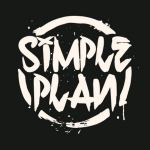