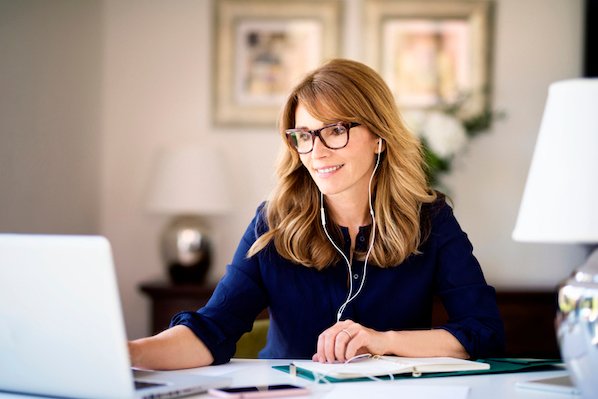 Not long after I first started at HubSpot, I was welcomed with a fresh pair of orange, noise-canceling headphones. At the time, I had no clue that these headphones would carry me through many long work days and some of the deepest, darkest levels of writer’s block.

Over three years later, they are truly the gift that keeps on giving.

You see, for me, listening to music while working is the secret to my productivity. All it takes is the right Beyoncé track, and I go from idle to uber productive. (Seriously, it works like a charm.)

The trouble is, finding the perfect playlist isn’t always easy. With endless streaming music possibilities at my fingertips, it can be hard to nail down just the right tunes to get the wheels turning. So, I did what we do best around here — a little research.

As it turns out, there are a ton of studies that explore the influence of specific types of music as they relate to your productivity levels.

To help you find just the right mix, we’ve sourced and curated seven Spotify playlists designed with specific studies in mind. Whether you’re into Mozart or Chance The Rapper, we’re confident that there’s something on this list that will do the trick.

Note: Some of the playlists contain tracks with explicit language that might not be suitable for the office.

One of the most frequently cited studies related to music and productivity is the “Mozart Effect,” which concluded that listening to Mozart for even a brief period each day can boost “abstract reasoning ability.”

The study — led by researchers Gordon Shaw, Frances Rauscher, and Katherine Ky — employed 36 Cal-Irvine students who were divided into three groups. Group one listen to a Mozart selection, while group two listened to a relaxation tape, and group three endured 10 minutes of silence.

After the listening activity, all 36 students were issued the same test, in which the Mozart group averaged an eight-to-nine point increase in their IQs, compared to the remaining groups.

Since then, the “Mozart Effect” has been hotly contested, but many researchers have gone on to explore the mental benefits of learning and listening to classical music. One recent study, for example, found that elementary-school-aged children who participated in music composition education outperformed students in a control group on reading comprehension.

Think classical music might work for you? Check out this classical-influenced playlist to find out for yourself:

“Choosing the right video game soundtrack to work to is all about understanding what type of music motivates vs. distracts you when you need to concentrate,” says HubSpot’s VP of Acquisition (and former video game marketing consultant) Emmy Jonassen.

“For example, if you’re the type who gets amped and focused listening to high-energy music, rhythm game soundtracks, like those from Thumper or Klang, could work well. Conversely, if you need calm to concentrate, the serene soundtracks from exploration games, like ABZÛ and Journey, may do the trick. With thousands of games releasing every year, including many independent titles, there is a soundtrack to suit everyone’s ear,” she went on to explain.

Think about it: Playing a video game requires a lot of focus. To make it to the next level, players commonly have to avoid traps, dodge obstacles, and discover secret tools that will help them progress to the next level. As a result, the music selection for video games is often very strategic, in that modern soundtracks tend to reflect epic, inspiring cinematic scores rather than just basic sound effects.

And while studies have revealed mixed results, there is evidence to support that gamers can experience improved performance by playing a game with the volume on.

For example, when psychology professor Siu-Lan Tan and her colleagues John Baxa and Matt Spackman specifically honed in on the game “Twilight Princess (Legend of Zelda),” they found that participants who played with both music and sound effects off performed worse than those who played with it on.

Want to try it on for size? Check out the playlist below:

According to psychophysical data and sound-field analysis published in The Journal of the Acoustical Society of America, listening to “natural” sounds could enhance cognitive functioning, optimize your ability to concentrate, and increase your level of satisfaction.

Think: Waves crashing, birds chirping, streams trickling, and the like.

That could explain why more consumer-facing brands — from Google Home to the newer Noisli — are introducing such ambient sound features to help listeners relax or focus. It might also be behind Spotify’s multiple nature-themed playlists, like this soothing one:

After observing that many athletes arrive at the stadium wearing headphones, Kellogg School of Management professor Derek Rucker and three of his colleagues — Loran Nordgren, Li Huang, and Adam Galinsky — set out to answer the question: Does listening to the right kind of music make us feel more powerful or in control?

So, back in 2014, the group of researchers set up a study to gauge how music might influence motivation and subsequent behavior. First, they played several songs for participants in a lab, and asked them — on a scale of one to seven — how powerful, dominant, and determined they felt after listening to each song. There were three “high power” winners: Queen’s “We Will Rock You,” 2 Unlimited’s “Get Ready for This,” and 50 Cent’s “In Da Club.”

Then, to gauge how the music would influence their behavior, they asked participants to listen to the music and then determine whether or not they’d like to go first or second in a debate. As it turned out, those who listened to the high-power playlist volunteered to go first almost twice as often as those who listened to a less powerful playlist.

The lesson? “Just as professional athletes might put on empowering music before they take the field to get them in a powerful state of mind,” Rucker explained, “you might try [this] in certain situations where you want to be empowered.”

Next time you’re looking to feel empowered before a big presentation, interview, or salary review, check out this roundup:

In 2015, Middle Tennessee State University researchers Carol A. Smith and Larry W. Morris discovered that students who listened to “sedative” music during a test scored higher than those who listened to lyrical music. (That somewhat contrasts their initial findings 39 years earlier, which showed that while music didn’t reveal an impact on test scores, those who listened to “stimulative music” showed a significant increase in worry and highly emotional reactions.)

That isn’t to say that it’s entirely impossible to cross things off your list while listening to songs with words — I actually prefer lyrical music, but my colleague, Amanda Zantal-Wiener, has joked about hip hop verses accidentally slipping into her first drafts when she listens to songs with words. If you’re like she is and find that lyrics are too distracting, you may want to experiment with some instrumental options.

For those times, check out these lyric-less tunes — we promise they won’t put you to sleep:

Buried in deadlines? Trying to unearth yourself from an email mountain after some time off? Whatever’s bugging you, sometimes, the best remedy for productivity loss is a solid dose of “feel good” tunes — you know, the kind that make you spontaneously use a pen as a pantomimed microphone.

But scientifically speaking, music can stimulate the same part of the brain as delicious food and other physical pleasures. Researchers at McGill University, for example, discovered that when participants received the opiod-production-blocking drug naltrexone, they didn’t respond as positively to their favorite tunes as they might normally.

The verdict? Our brains are trained to naturally produce these chemicals when we hear our preferred playlist.

And while “feel good” songs vary from person to person, a search for Spotify playlists with those very keywords yields dozens of results. That said, here’s one of our favorites:

Can’t get enough? Here are a few more suggestions from my colleague Amanda.

According to a study led by Yamaguchi University, “When carrying out intellectual activities involving memory or arithmetic tasks, it is a common experience for noise to cause an increased psychological impression of ‘annoyance,’ leading to a decline in performance.”

Whether you’re remote working with roommates or working in an office space with noisy colleagues, it can be tricky to focus with conversations happening around you. Neutral, non-verbal background sounds like white noise, which is not the same as nature sounds, can help block out these distractions — things like the din of a restaurant or shopping mall, an electric fan, or even laundry machines.

And in case you’re wondering — yes. Like all of the above, there is a playlist for that:

So go forth — focus, get pumped, feel good, and rock out.

What are your favorite songs for getting work done? Let us know in the comments.

Editor’s Note: This post was originally published in March 2015 and has been updated for accuracy and comprehensiveness.

The 7 Best Music Playlists for Productivity, According to Science originally appeared on HubSpot.com 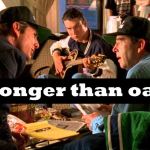 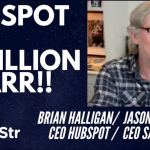