Love him or hate him, Nick Saban is the most successful college football coach of the current generation.  Winner of 3 out of 4 straight national championships.

And how often is he recruiting?  Every.  Single.  Day.  In fact, every single day he and his team go into their Recruiting War Room, and analyze every single possible recruit coming up the next four years.  And he seals the deals himself.  All season long, off-season.  50/52 weeks a year, every day.

I’m going to suggest to you that, at least from Initial Traction until Initial Scale (say $1m ARR until $10m ARR) — this is the single most important improvement you can make to your SaaS company:  To recruit every single day.  Or 20% of your time.  The equivalent of one full day a week.

Later, when you are bigger, you can still do the same, but you’ll have more help surfacing the candidates, from your VPs and Directors and team members.  But in this phase — you need to be Head Recruiter yourself.  20% of your time.

Because it’s this stretch from Initial Traction until Initial Scale when many SaaS CEO and founders fall down a bit in recruiting.

At first everyone is sort of great at recruiting — by definition.  You have to assemble a great founding team, which can be a full-time job (which is fine, as you have nothing else to do at this point).  Then, you need to add a few key engineers and folks to the team.  Then a sales guy, a marketing lead … one at a time.  You tackle them as individual, sequential challenges.

And then you hit Initial Traction, and the painful stretch from $1-$2m in ARR to Initial Scale ($10m ARR or so).  And there’s so much to do in this phase, with not enough resources.  And you’re probably doing so much yourself, because you don’t have any redundancy, any extra management, any fat, any room to breathe.  And you don’t have to make any specific hire, on any day, anymore.  You have a bit of an engine going.

And recruiting suffers.  Because episodic recruiting doesn’t get it done anymore in this phase.  It won’t kill you on any single day, but it won’t get you from 10 to 50 employees.  And most importantly, it won’t get you the 2-3 more senior managers you need to get on your team in this phase to help you get to Scale.  And without those hires, it’s going to be soooo much harder.   And soooo much longer.

I don’t know what the gaps are on your team.  A missing VP Sales.  A VP Marketing.  A VP Engineering.  A head of client success.  But after Initial Scale: I’d spend an hour a day at least, period, on recruiting.  That means:

Whatever it is, as CEO at least, spend 60-90 minutes a day or more recruiting.  Every day.  Some of these activities may seem low ROI vs. other pressing matters, post-Traction.  Some may takes years to connect to anything tangible.  And I know it’s a grind.  But if you don’t put in the time, you won’t get the help.  You won’t find the unicorns.  And you’ll suffer — hard — as you run out of oxygen and air to get to Scale.

A few more tips on how to get better at recruiting here:

How To Get Better at Recruiting. (We All Need To).

(Note: an update of a SaaStr classic)

Post-Traction, You Need to Spend 20% of Your Time Recruiting originally appeared on SaaStr.com 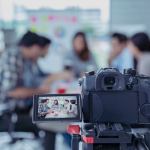 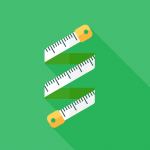