Is usually not really a VP of Sales

I don’t know about you, but I’ve had to recruit a lot of types of folks over the years where my domain knowledge was limited.  I’ve had to recruit Ph.Ds. from various domains including particle physics.  Front-end, mid-end, back-end engineers of all sorts and types.  Sales managers back when I never managed sales.  Internet marketers when I didn’t know how to internet market.

You get the picture.  Anyhow the one thing I learned, beyond getting help screening and hiring for these positions from domain experts, is to look for Flags.  For signs the prospective hire just won’t work out, no matter how strong they might look on paper.

And I’ve learned again and again, including quite recently, there are 4 types of hires to just avoid:

Ok there are many exceptions.  But in my experience, for over a decade of senior-level hiring, these 4 types never work out, for start-ups at least …

Don’t do it.  Especially, most especially, the dualies as VPs.

They just don’t want to do the one single job you need them to do.

Be Careful Hiring “Dualies” — Folks That Are a VP of More Than One Thing originally appeared on SaaStr.com 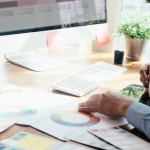 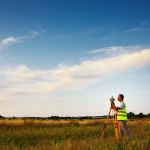