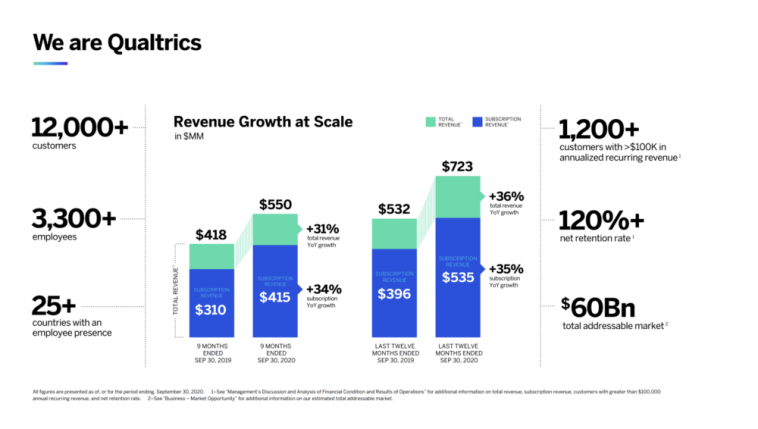 Qualtrics is one of our favorite SaaS stories at SaaStr.  Like Atlassian, Qualtrics bootstrapped all the way to the growth stage, and did it outside of the SF Bay Area.  Founder and Chairman Ryan Smith is also one of the most engaging and transparent CEOs out there, and we’ve had 3 amazing SaaStr sessions with him:

And most interestingly … they’ve gotten a second chance to IPO.  After selling to SAP for a record $8 Billion at the time in the midst of an IPO roadshow, they then got the opportunity to spin out into a public company after all, at a far higher valuation.

How many of us get a second chance at an IPO?  Qualtrics did.  I’m almost jealous 🙂

Here are 5 Interesting Learnings for us founders and execs:

#1. Only annual contracts, and plenty of professional services (25% of revenue).  Qualtrics does have a long tail of 12,000+ customers, but many of its motions are pretty enterprise.  99% of its customers are on annual contracts, and 25% of its revenue is from professional services.  25% of revenue from services may sound high, but it’s a fairly standard ratio in true enterprise software.

Importantly, Qualtrics’ margins remain high so it’s not losing money on its services.  Gross margins on services are about 35%.  Not the 80%+ in software, but high enough to be profitable and not be a drag on the business.  Blended margins are 73%, which is plenty high enough.

#2.  Spending more on R&D at scale, not less.  Qualtrics as a stand-alone company was spending about 16% of revenue on engineering (i.e., R&D) … and that ballooned to as much as 44% under SAP (re-investing in product) … and now has come down to 31% as the company marches again to being a stand-alone company.  There are a lot of mini-lessons here on the ability to invest when you don’t have to worry about being public, etc., but the biggest reminder and take-away is you have to invest heavily in your product forever.

And a few bonus points:

#7.  Largest customers not growing faster than smaller ones.  While Qualtrics has expanded its $1+ customers dramatically, growth in smaller customers actually has kept up nicely.  Overall growth rate for “large customers” is 29% Year-over-Year, which with 120%+ NRR, should fuel Qualtrics’ growth for years to come.  But smaller customers have kept up, and are still 90% of the total customer base of 12,000:

#8. The merger with SAP did seem to work. While I’m super excited Qualtrics is spinning out into its own public company, the company grew subscriptions an impressive 46% last year under SAP.  It’s very hard to be critical of those results the first full year after M&A.  Most folks slow down then, e.g. as LinkedIn did for a year or so after the Microsoft acquisition.

Also, while most value statements are pretty generic … I like Qualtrics’ a lot.  Take a look here:

And a fun back look at the earlier days at Qualtrics here:

5 Interesting Learnings from Qualtrics at $800m+ in ARR originally appeared on SaaStr.com 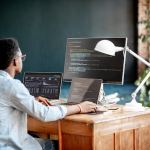 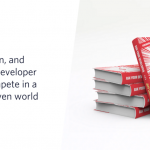