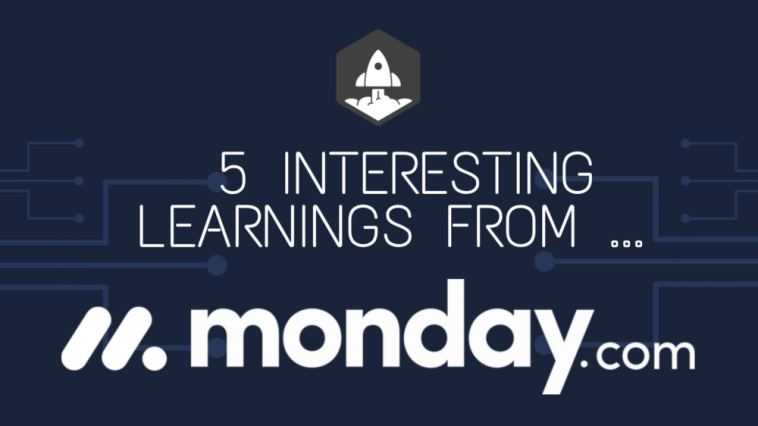 So Monday.com has filed to IPO with some pretty incredible numbers, especially considering just how competitive the space is.

At $240m in ARR, they are growing a stunning 85% year-over-year!  And that’s with direct and indirect competition from Asana, Atlassian, Clickup, Wrike, Smartsheet, Notion and so many others.

Pretty incredible for a product that just launched in 2014.

So those seem like good yardsticks to shoot for if you sell to SMBs of all shapes and sizes and are somewhat like Monday.  The tiniest of customers may have only 85% NRR.  But once you cross 10 seats, you should start to see the benefits of account growth and 120% NRR like Monday.

#2.  Average of $2k ACV from 128,000 customers  This is roughly the same as Asana (more on that here).  This should trend up a bit over the coming years, given how larger customers are fueling outsized growth.

#3.  But bigger customers fueling the most growth.  Again, similar to Asana and Smartsheet but not Slack or Zoom, the $50k+ ACV customer segment is growing the largest at scale, up 219% year-over-year.

#4.  52% of revenues outside the U.S.  Perhaps not a surprise that SaaS leaders like Wix and Monday that started outside of the U.S. have more revenue there.  Still, 52% is quite a bit.

#5.  Monday is putting 10% of its equity into its new Equal Impact Initiative Foundation.  While a lot of this supports product matches to nonprofits with relatively limited cost, it’s still quite a contribution — 10% of the entire company!

A deeper diver on the Monday story with their co-founders here:

#6.  Just adding a Free plan now (for 1-2 users).  Like Atlassian, Monday waited to launch a Free plan and hasn’t traditionally been a freemium play.  Rather, Monday has until very recently relied mainly on 14 day free trials.  Not all SMB leaders have to be freemium to win.

#7.  Didn’t “flip” to a U.S. company.  Many SaaS startups that start outside the U.S. “flip” legally to a U.S. C-corp later, for a variety of governance and tax reasons.  It’s the common advice you get.  But Monday remained an Israeli company legally and hasn’t seemed to suffer at all for it.

#8.  3 years to first $11m in ARR.  Then rapid growth thereafter.  Monday started strong, period.  But growth really accelerated after $10m ARR.  We see this a lot.  It’s often the worst time to sell your company.  Just when it’s getting good.

#10.  Added a true sales team and function around $30m-$40m ARR.  Eventually, almost everyone adds a sales team and goes upmarket.  For Monday, this was around $30M ARR when they added a sales and CS team in addition to their self-service business.   At $240m in ARR, there are now 365 employees in sales and success.  They focus on customers with 10 seats or more, which have grown from 53% of revenue in 2019 to 65% today.

And importantly, it worked.  Once they added a sales team, NRR and cohort retention went way, way up:

Eventually, almost everyone adds a sales team.  Zoom did, Slack did, Monday did, Asana did.  Not always on Day 1.  But do it right, and magic happens.

5 Interesting Learnings from Monday.com at $240,000,000 ARR originally appeared on SaaStr.com 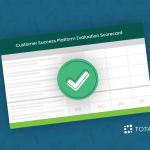