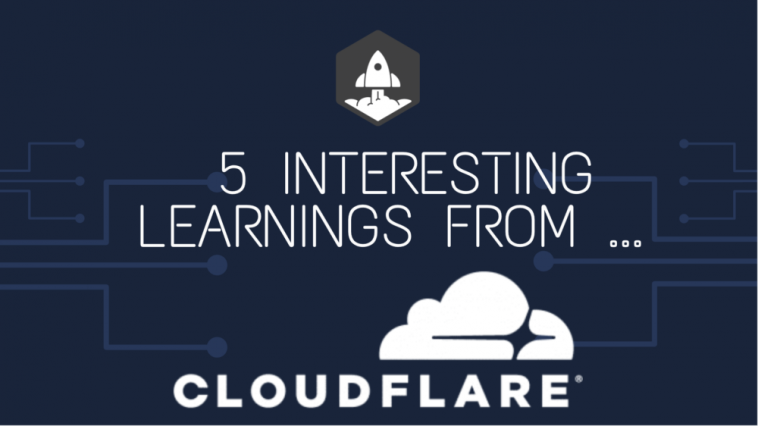 Cloudflare is one of those iconic Cloud companies most of us use, and know about as a product and vendor … but perhaps we don’t think as much about as a public company.  And quite an epic one it is, at ~$500m in ARR and a $25B+ market cap!!

What can founders learn from them as a public SaaS / Cloud company?  Here are 5 Interesting Learnings:

Like many similar developer-centric products, the vast majority of customers come in via self-serve, but as the deals grow, sales is brought in.

#2.  48% of revenue outside the U.S.  We’ve seen this metric vary wildly at public SaaS and Cloud companies.  48% outside the U.S. may be the highest outside of Xero, which is HQ’d in New Zealand.  A reminder to go where your customers are.  Otherwise, you just leave revenue on the table.

#3.  Largest customers growing the fastest.  We see this often in Cloud and SaaS — but not all the time.  With Twilio and Zendesk, the average customer size has stayed constant, as SMB growth has kept up with enterprise.  Others like PagerDuty and Surveymonkey have traditionally started with SMBs, but gone more enterprise post-IPO.

Overall revenue has grown at 50% CAGR, while large customers have grown 68%, and customer count “just” 22%.  That means the $100k+ deals are really driving growth at Cloudflare now, even as it continues to serve a massive number of websites.

#4. Even with a freemium model, sales & marketing expenses are still “normal” at 45% of revenues.  An interesting contrast to Atlassian and a few others, Cloudflare still spends a “normal” amount on Sales + Marketing (45% of revenue), even with the efficiencies of a freemium base to draw on.  Given the rapid growth in large, $100k+ accounts, this makes sense.  Freemium can help a lot with efficiency, but the impact isn’t always as dramatic as we might expect.  Freemium often still needs sales to scale to bigger deal sizes, see, e.g., Fastly, New Relic, Twilio, Box, SurveyMonkey, etc. 🙂

#5. New Products are the next key driven of growth to $500m – $1B ARR.  Needing to have at least one core second product at $1B ARR is a key learning from this series, and Cloudflare has outlined that as part of its key strategy.  First, acquire a massive base of users and customers.  Check, at 3m accounts and 100k paying customers.  Second, drive up deal sizes.  Check, at almost 1,000 $100k+ deals.  And third, sell them more products.  That’s the next phase of growth for market-leader Cloudflare.

What a journey so far for one of our very favorite Cloud companies at SaaStr!!

5 Interesting Learnings from Cloudflare at $500,000,000 in ARR originally appeared on SaaStr.com 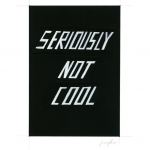 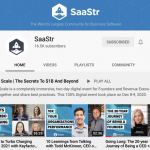