Why do venture capitalists invest in lots of companies even though 90% of them go bankrupt?

Well, 90% of most venture-backed startups that don’t go bankrupt. They at least try to pick the best ones they can.  That helps — a bit.

The thing is, that’s build into the model. Because if you do VC investing right, the winners far outpace the losers.

(to keep it overly simple).

Now let’s assume of those 25 investments:

At least, it doesn’t matter as long as you are careful not to put too much more money into the losers.  That’s key.  You can see the portfolio above can easily absorb any “first check” losses.  But if a lot more had been put into losers?  That’s much more painful.  So the stakes go up as VCs write checks #2, #3, etc. into startups.

But generally speaking, Power Laws mean the losers don’t really matter in VC, so long as you have enough winners. Sometimes even just 1 or 2 winners.

Don’t Worry About Losing All Your Investors’ Money

Why It Shouldn’t Really Matter If Your VC Loses All The Money They Invested in You — On The First Check In, At Least originally appeared on SaaStr.com 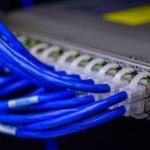 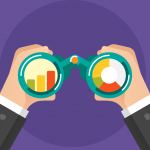