We’re approaching the age of 1,000+ Unicorns and despite a global pandemic, this remains The Best of TImes in Cloud and startups in general.

But there’s a quiet cautionary tale to just think about.  The two latest $1b+ acquisitions weren’t quite as glamorous as they seem:

Both sale prices amazing and both have incredible and inspirational CEOs leading them.  And personally, I love Postmates as a product.

And yet, look at how much they raised and their last round valuations:

The lesson, such as it is?  These are incredible companies with incredible teams each with a unicorn “exit”.  And yet, neither really met the bar of selling for 10x the total amount you raised, and/or 3x the last round price.

The lesson is just that the stakes really do go up with each round, that’s all.  In Postmates, the early investors still made a ton of money, as would some employees.  In Zoox, it’s possible very few investors or employees made any money at all.

And raise to win.

You’ve almost signed up for an IPO really.  Or almost a billion+ acquisition.  Or at least, an exit 3x the price of the round you just closed.

Just know what you are signing up for, that’s all.

When Even Selling for a Few Billion is Not Enough originally appeared on SaaStr.com 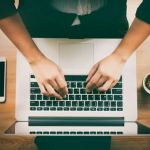 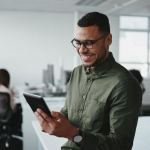