A debate so many start-ups go through is what to do about a Just OK VP of Sales they’ve hired.  The VP of Sales turns out to be OK, but great.  He or she doesn’t change the game.  But they’re not failing either.  Things are better than before — just not nearly as good as they could or should be.

How do we define this?

Hopefully, you’ll figure out you hired a “Bad” VP of Sales fast.  Like in one sales cycle.  Because the “bad” VP of Sales closes even less than you’d close without him, you can pretty much just let him go.  More on that here.

And even a Great VP of Sales isn’t great at everything.  You don’t have to be patient here, but you may have to backfill, and you may have to get comfortable when she doesn’t do everything you want.  For example, she may be great at inside sales, but not as good at mega-deals, so you leave some revenue on the table in the biggest deals (often in exchange for a faster close).  Or she may be great at hunting bigger deals, but struggle with the often overwhelming velocity of smaller ones.  So Great doesn’t mean great at everything.  It just means within one sales cycle, bookings accelerate.  And that she hires mostly strong reps.

OK now the Mediocre/So-So/Pretty Good VP of Sales?  Yes, bookings go up under his watch, but more slowly.  He struggles to hire all A-tier players … but hires a few pretty good ones.  He might never deeply understand the product, but at least gets good at one part of sales.  You can see it.  He just never gets as good as you at sales overall … but does improve the process and lets you scale.  Because as leads grow, as the business grows, it gets too big for the founder to act as the interim VP of Sales anymore.

You can see the difference here as an example in growth rates at $2m ARR over the course of a year from hire, adding $200k in bookings at the time the VP of Sales starts (and you can click on the image to see the assumptions in a Google Sheet);

You can see the problem.  If you just fire the Bad VP of Sales, things at least go back to where they were.  Maybe not good enough, but usually you rebound fast (internal drama aside).  But if you get rid of the Mediocre VP of Sales … the one that closes more than you used to, but not as much as you know you could … you end up in a tough spot if you don’t have her better replacement at hand.  You start to fall behind.  Because the amount of bookings you used to be able to do before you hired that “OK/Pretty Good/Mediocre” VP of Sales isn’t enough anymore.  You fall back to that “No VPS” growth curve above.

You’ll be frustrated with this OK/Pretty Good VP of Sales.  But just think and slow it down before you fire him.  Are you OK going back in time, to the amount of bookings you closed before you hired him?  If not, take a pause.  And can you directly manage the sales team without him?  Again, if not, take a pause.

A VP of Sales that cost-effectively closes more bookings than you did before is often OK for Now.

So what do you do in this scenario?  You’ve thought on it, you’ve looked at the chart above, and you know you can grow faster.  You know you need to make some change — but you don’t want to break things.  You don’t want to go back in time.

There’s no easy answer, but my suggestions:

In the end, we all want to grow faster.  And as the chart above shows, a Great VP of Sales really can make a difference.  They just do more with what they have.  They close faster, better, and larger deals than a Mediocre VP of Sales does.

But even worse is getting rid of an OK VP of Sales and being left with nothing.  Your business can still compound and grow with a Good-but-Not-Great VP of Sales.  And your business may decelerate almost overnight without her. I’ve seen this happen far more often than Firing-and-Hoping-I-Find-Someone-Better workiing out.

Should You Fire an OK-but-Not-Great VP of Sales? Probably Not originally appeared on SaaStr.com 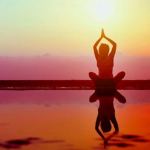 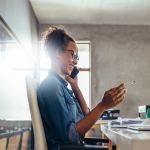