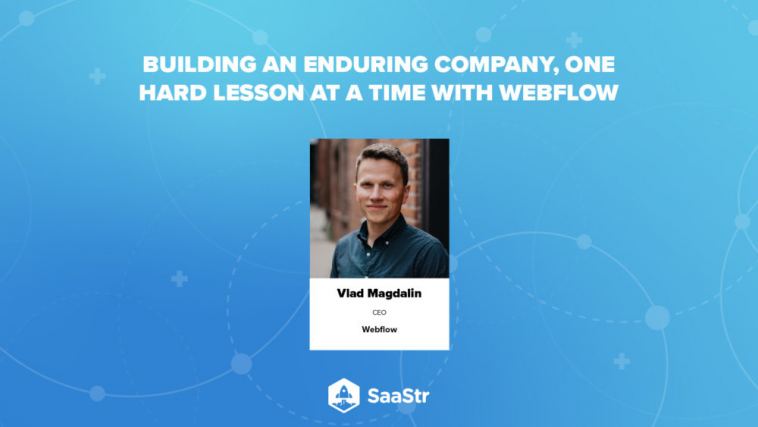 Webflow, a no-code website builder, doubled its customer base last year, pushing the company’s valuation to $2.1 billion. But it wasn’t an overnight success.

Vlad Magdalin, Co-Founder & CEO at Webflow, learned a lot of lessons from failing three times in a row. But try, try, try, try again turned Webflow into the powerful platform it is today and made Vlad a sage. Here are some of the struggles and triumphs they endured along the way to their success.

Vlad first attempted to build Webflow was while he was in college. The problem was that he tried to go it alone, and he was still in college, and he couldn’t get any funding. In his second attempt two years later, his day job took up too much of his time and he ran into an impasse with the trademark. In his third attempt, Vlad was juggling a family with young kids and still moonlighting, and his responsibilities got in the way. He also discovered that there wasn’t robust enough technology to support the product — the market wasn’t ready for it. It wasn’t going to happen then.

But there were a few things that began to turn his story around on attempt number four. First, Vlad brought on his brother as a co-founder, which helped ease up some of the responsibilities, while he continued to be a father and work a full-time job. His brother kept him motivated and helped to move things in a stronger direction, and now there were two people holding things together. Thanks to the passing of time, the trademark hang-up resolved, and the market was finally equipped with the right tech to support the product. The rest is a success story.

# 1 Timing matters. Co-Founders matter even more. If you’re constantly striking out, it might be a problem with readiness in the market, available technology, customer interest, funder willingness, or needs in your personal life — all timing problems. Don’t give up, just try again, testing the market for traction, waiting, and returning. And for timing within your personal life: get a co-founder. Even if your life gets into a good groove, they’ll help you weather the failures.

#2 Don’t waste your first funds. If you have a fair amount of money from bootstrapping and your product is inexpensive to build, it’s tempting to buy new MacBooks and take partners out to extravagant dinners. BUT you will need the money for something else. And if you’re using your savings, you might have to use some of it sometime to save your family.

#3 Don’t assume things are going to work out. You might be planning to join an incubator but not be accepted by any of them, or you might discover that the software you were depending on won’t allow for the integration you need. Nothing is a sure thing. And don’t combine this mistake with the previous mistake, or you and your co-founder might find yourself splitting an $8.30 fajita plate every day.

#4 Don’t blow your first big money. If you’ve been crawling by and finally raise that big round, don’t hire ten new people. Don’t even have a big party to celebrate. Don’t get too proud of yourself until you’re standing on your own two feet for a long time. Focus on sustainability and staying default alive.

Want more? Enter your email below for the latest SaaStr updates

#1 Get traction. Traction is about finding the right place, the right time, and the right people. After their long line of failures, Vlad and his brother built a visual interface demo and posted a link to it on sites that were targeted to designers, but they got no interest. Then, they posted it to Hacker News to reach developers. Within hours, they had 10,000 pre-release sign-ups, and within 24 hours, over 20,000. Previously, developers weren’t interested in this kind of tool, but that changed since the first days. By trying again in a new place and time, Vlad found the right people.

#2 Keep trying for the win. Webflow was rejected by YC the first time around, but Vlad and his brother applied again and got an interview. They got a call that they’d been accepted; then an email mere hours later rescinding the offer. They decided to go to YC in person, and as they were driving, they got another call to say that the rejection email was sent by mistake. Some things aren’t a straight line.

#3 Produce quickly and often. YC advised Webflow to launch a simpler version of the product in order to deliver it right away, and it proved to be enough for people. Then, Webflow shipped updates almost daily until they got to the place they’d originally aimed for.

#4 Slow back down if you accelerate too quickly. As Webflow did well, they started hiring beyond their means, and when Vlad realized they were losing money, he slammed on the breaks. As hiring slowed, so did expenses, to the point where they hit self-sustainability.

#5 Monetize faster than you want to. Vlad was uncomfortable charging for the product right away, but advisors pointed out that monetization is harder to implement over time. Vlad and his brother were surprised to find that people were willing to pay, right from the beginning.

#6 Don’t be desperate. After trouble raising money for a round, Vlad and his brother decided that they would stop trying and self-sustain, and they told investors this. Then the investors got interested — they saw that this was company strong enough to work without them.

#7 Partner with the right people. Your partners, including your investors, must be aligned with your mission. The thing that makes you passionate about bringing this product into the world should drive them because you can change business strategies, but you can’t align different values. And prioritize people. Make everyone who works with you feel like partners. 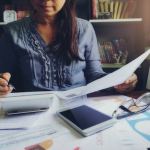 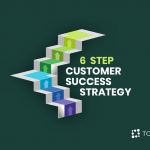