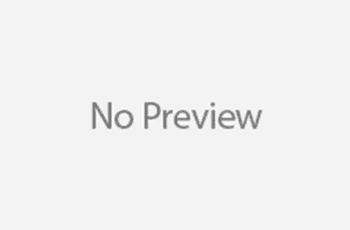 Email is older than the internet and it is amazing to see how it evolved over the years. No one invented email, but it was still up and running even before Arpanet. A couple of people claim to have invented email on some occasions, but the reality is different.

Before Arpanet debuted, email was in use but with a different name. It was known as #1 ESS ADF or Number one Electronic Switching System Arranged with Data Features. The Bell System should be rightly credited for helping humans develop email as we know it. #1 ESS was used as foundation for systems within the Bell System. You could compose a text-based message and address it to people. The addressing was done in mnemonics and messages went into mass storage before being delivered. All of this was happening in 1969, way before Arpanet existed or anyone else claims to have sent the first email.

How it relies on protocols

When an email is sent, it can encounter a large network cloud, let’s say a large company server or the internet. This cloud may include a multitude of email servers like DNS servers. Email service providers that process a big volume of emails often have their own private network clouds. These providers have many mail servers and send all mails through a central gateway server. Email messages are just like a letter enclosed in an envelope, sent via a messenger. It is up to you to choose a secure envelope and a trustworthy messenger.

When an email is transferred across the internet, a mail server and two computers are part of the equation. The mail server stores the emails and lets the computers download the message. That is why, certain protocols are required to guard this exchange. Just like Microsoft Outlook, various email applications exist that support email protocols.

Now let’s talk about the most common Email protocols on the web. Each protocol has a different way of working and a different function.

Simple Mail Transfer Protocol (SMTP) is the standardized protocol for sending emails across the web. It’s mostly used to manage the transfer of mail between two servers. Unlike IMAP and POP3, SMTP doesn’t require any authentication to go through.

It’s worth mentioning that certain ISPs (internet service providers) block the SMTP Port 25. In cases like these, you’re usually provided with an alternate secondary port courtesy of the mail server in use.

Post Office Protocol version 3 (POP3) is an email protocol used to receive email to a local client from a remote server. POP3 enables you to download email messages on your computer and view them even when you are offline. When you use the POP3 protocol to connect to your email account, the messages are removed from the remote server. The benefit of POP3 is that your messages will be downloaded to your local computer and remain with you. The space on your email account will also be freed.

The POP3 protocol works on the following two ports:

The Internet Message Access Protocol (IMAP) is used to access emails on a remote server from a local client. IMAP along with POP3 is a common protocol for retrieving emails online, and all modern email clients use these protocols. POP3 protocol lets you access email from only one application, whereas IMAP4 enables access from multiple locations and clients. IMAP works for you if multiple people log in to your email from different locations simultaneously.

The protocol is generally recommended for email users who want to access their messages on various devices. It gives them a piece of mind knowing that their information will be secure in case their device is stolen or less. To access emails in the IMAP server, you need to have a stable internet connection with decent speed. 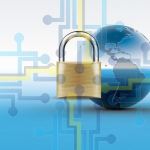 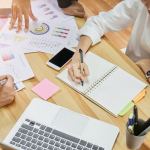