How frozen the venture markets are, roughly, by stage:

So what exactly is going on in SaaS?  On the one hand, Salesforce, Okta, Datadog and more are reporting record earnings.  Salesforce is growing faster at $30 Billion in ARR than it did at $20 Billion in ARR!

But with SaaS and Cloud stock prices way, way down, venture markets are reacting far more to that than epic revenue growth.

In fact, large segments of venture are freezing up. What’s going on?  It depends most on the stage, and the latest stage VCs are the most frozen:

* Cross-over and Hedge Funds have redemptions to deal with, struggle to justify almost any unicorn+ stage investments.  Very late “cross-over” funds that can invest in both public and late-stage private companies have trouble justifying unicorn valuations when top public companies trade at valuations half or less of that.  And hedge funds often have it worse — they have to deal with redemptions, when their own investors pull out the capital.  Tiger Global’s hedge fund is down 50%, with huge redemptions.  Hard to do 100x unicorn rounds when you’re under that kind of pressure:

* Growth investors have capital, but valuations make investing tough.  The Crunchbase data below shows growth stage (i.e., later stage) investing has fallen 40% this year, but it’s probably more than that.  The data lags several months, as deals take time to close.  Founders with strong startups that could have raised at $1B six months ago often aren’t willing to raise at $400m today unless they have to.  And many raised enough money last year that they don’t have to.  So there’s a big mismatch here for growth investors.

* “Yellow light” companies are taking up a lot of time and money.  VC funds have to spend a lot of time dealing with their portfolio companies that are doing OK, but not well enough to raise another round in this environment.  These investments consume a lot of oxygen and discussion time at funds.  More on that here.

* The IPO market is basically closed.  This isn’t a huge deal at the moment, but it will become one if it lasts.  The IPO market for SaaS companies was wide open for almost 24 months for anyone at $150m+ ARR.  Today, it’s close to shut for all but the best of the best.

Having said that, the earlier stage the fund, to some extent, the less impact.  Seed funds are generally more concerned you are capital-efficient than just a few months ago, and have slowed down their investment pace, but otherwise haven’t evolved their strategy quite as much as later-stage funds.  Personally, at SaaStr Fund, I still hope to do 2-3 more seed and late seed investments this year.

But earlier stage has slowed down, and late stage in many cases is close to shut down.

I met with a ton of growth and later stage VCs at SaaStr Europa last week.  Three of them didn’t plan to make another investment for the rest of the year.  Two other late stage founders I talked to saw 80% of the late stage investments interest fall away this year vs. last.

It just is what it is.  SaaS companies in many cases are booming.  But the public markets aren’t.  So parts of venture for now, especially the later stages, are freezing up.  And the earlier stages are slowing down.

For now at least.  And for how long — nobody knows.

At least have a plan.

1/ We are in inning 2-3 of the valuation reset in VC backed tech cos. For cos w/ plenty of $ (2+ years of runway) that don’t need to raise, the reset may feel less urgent + will take time to play out. But – long term planning around capital structure is still very (!) important.

Late Stage VC is Kind of Frozen, Down at Least 40% originally appeared on SaaStr.com 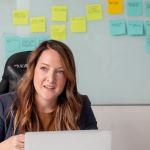 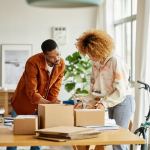