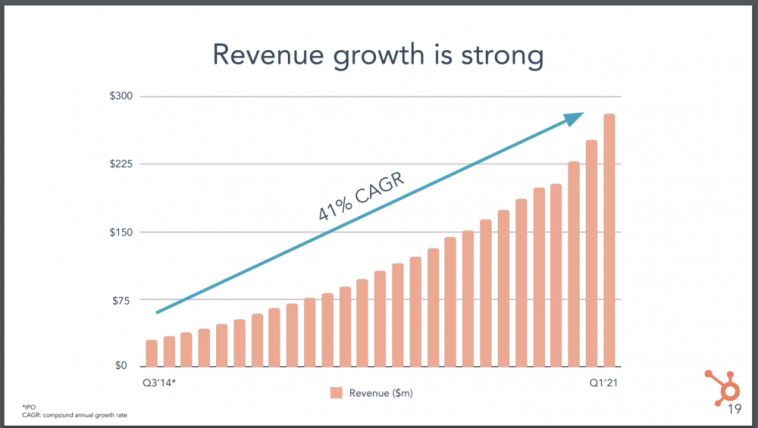 They did it the hard way, with SMBs

We last checked in with HubSpot as they crossed $1B ARR, and ordinarily, it would be a little quick to check back in.

But the latest quarter is very interesting.  Why?  HubSpot is sort a bell-weather stock and company for selling to SMBs and mid-market.

And what we see is that SMB is on fire in SaaS.

And this isn’t 41% growing leveraging say 130% NRR.  Now, it’s the harder way — on top of 100% NRR from mostly SMBs.  Without the huge NRR boost from the existing base you get in more enterprise SaaS.

A few other interesting learnings:

#3.  Word-of-mouth remains the source of 33% of their new customers.  And the #1 source.  A reminder of what really helps the top software companies grow — and always has.

#4. HubSpot keeps adding new core products to fuel growth.  This has been a top theme in our 5 Interesting Learnings series.  SaaS companies that continue to grow at top quartile rates after $100m ARR add another core product or two.  HubSpot is doing it again with Operations:

Interestingly, as we noted in our prior look at HubSpot, it’s adding more value and products for the same ACV.  More value for the same average $10k per year.  Average revenue per customer is basically flat at $9,886, down a nominal 1% over the year-ago quarter.

#5.  Customer count up 45% to 113,925.  Customer count is growing even faster than revenue.  This is perhaps the biggest takeaway at all.  HubSpot is adding a breathtaking number of SMB customers at $1.1B in ARR.  Even though SMBs often at best have 100% NRR, HubSpot is more than making up for it with 45% annualize customer growth.  That’s crazy.

And it shows the Best of Times for SMB SaaS have only just begun.

HubSpot’s Growth Accelerates to 41% at $1.1B in ARR. And New Customers Grew Even Faster. originally appeared on SaaStr.com 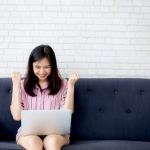