They’re just so many of ’em

Bill.com is one of the quiet SaaS success stories.  We last checked in with them at IPO, when it was racing past $100m ARR (a relatively early IPO).  Now they’ve scaled to $200m+ ARR growing 38% selling just to 100,000+ SMBs, solving a hard problem (i.e., automating the back office and payments and billing for SMBs), and doing it with 120%+ NRR.

Pretty impressive.  And Wall Street has rewarded it with a stunning $12B+ market cap!

#1.  121% NRR from SMBs — up from 110% at IPO.  This is pretty impressive, although on reflection, perhaps what one would expect from a mission-critical SMB app.  We run a lot of SaaStr on Bill.com and have for years, and won’t churn.  We need it, and we love it. Do that for something that really matters for SMBs, and you too can perhaps hit 121% NRR even from SMBs.

It’s also interesting to note its gone up since IPO, from 110% to 121%.  Find more stuff to sell your customers, and they’ll buy more.  Even small customers.

But, it’s important to note that Bill.com does not service the very smallest businesses (like a Squarespace does), and it really also serves the lower end of the mid-market.  Viewed that way, 120% NRR makes sense as a bit more upmarket as compared to the 85% for say Squarespace or even 100% for Shopify (which serves a lot of tiny and sole businesses as well as bigger ones).

#2.  Transaction fees (on payments) are now half of revenue and are the key to scaling.  Without them, Bill.com would be growing much, much more slowly.  Bill.com initially was a software-only play, but as it IPO’d, transaction fees on payments began to become a material revenue stream.  Fast forward to $200m+ in ARR, and like Shopify, Bill.com really is a payments play built on top of world-class SaaS software.

Transaction fees have grown to a $100m run rate, or half its revenue, and are growing 98% year over year!

Without taking payments and a cut of transactions, Bill.com would still be an impressive SaaS company.  But not nearly as impressive, at $110m ARR growing 33%.  Instead of $220m ARR, with its core products growing 59%.

#3.  Making more and more money on each payment.   Total payment volume is up 40% year-over-year, but as noted above, fees from transactions are up 98%.  So Bill.com is getting better and better as taking a bigger slice of bigger and bigger payments on its platform.

There are a lot of SMBs!

#5.  Non-recurring revenues created a lot of variability. Bill.com previously made a lot more money on the “float” on cash it held for customers.  That’s now a small part of its revenues, but was a lot more a year ago and at IPO. Its “core” revenues from software and transaction fees grew a stunning 59% year-over-year, but the decline in revenue from float on cash led to a blended 38% growth.

Float was 20% of their revenues at IPO. Now it is now just 3% of its revenues, but overall transactional revenues have more than made up for it.

A reminder that recurring and pseudo-recurring revenue really is a lot more predictable.

If that doesn’t inspire you, I don’t know what will.

5 Interesting Learnings from Bill.com at $220,000,000 in ARR originally appeared on SaaStr.com 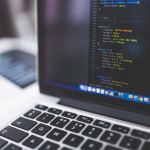