Being much more than 24 months early is painful. There just aren’t enough customers, that the later entrants benefit from.

But pushed, what they really realize is they should have just stayed in it longer.

As a founder, I’ve been on both sides of market maturity.

In my first start-up, we entered a very mature market that was basically a monopoly.  That meant it was hard to break in, but once you did, the customers had big checkbooks.  We closed $6m our first year (more on that here).  It wasn’t easy, but once we had the break-out product the customers wanted — the cash was there.  Because the market was mature and budgeted.

The second time, at Adobe Sign / EchoSign, the market was way early when we entered.  It was less than $1m in total size, vs. > $2.5B today.  More on that here.  But once the market finally grew, boy it got big.  Not only is DocuSign on a tear, but Adobe Sign was Adobe’s fastest-growing product in 2020 and 2021, and even smaller players are worth hundreds of millions and more:

Some of us are intentional in which type of market we pick — mature and competitive, or new and emerging (and likely less competitive).  Some of us really want to compete with a new entrant in a proven market, and explode like a Datadog.  Others want to help reinvent or invent a newer space, like Snowflake or UiPath.  But I think for most of us, we find a business problem we want to solve.  And the state and the maturity of the market sort of ends up what it is.

So what do you do if you are way early?  By that I mean, a market is there for your product, but it’s tiny today.

These aren’t magical solutions to the fact that if you’re early to market, your revenues will often be tiny in the early days.  But have the confidence to see that your market will grow.  And that if you can just get to $1m ARR, you’ll find a way to get to $2m ARR.  Then $4m ARR.  Then at least $10m ARR.  And that’s enough.

Enough to compound into something amazing.

What to Do When You Are Too Early To a New Market originally appeared on SaaStr.com 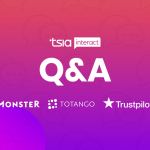 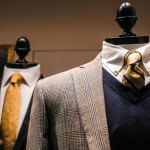