If your TAM really does seem too small for VCs, 2 choices really:

2. At least build a 1.0 of a product expansion that shows a larger TAM

This often also works. Even if you have few customers to start.

TAM (Total Addressable Market) is a tricky concept.  On the one hand, to build a decacorn or a unicorn, you need to tap into a large market.  TAM matters, and if you aren’t playing in a $20B-$50B+ market … it’s hard to get to $1Bin ARR.  In the end, this is why 70% of leading SaaS companies are really just new entrants in old, large markets:

On the other hand, most startups don’t enter a very crowded part of a market, or they redefine a market.  Because the large parts of large markets are already pretty crowded.  Or they see a space that is small today getting a lot bigger as it gets SaaS-ified or Cloud-ified.  For example, Okta today is a $30B+ cloud leader.  But it’s much larger in ARR that all its pre-Cloud vendors in its space combined.  Still, many VCs just didn’t get it at first, as CEO Todd McKinnon noted.  Which frustrates him almost to this day:

And VCs need to hunt unicorns and decacorns to survive.  More on why that’s true here.  So they are looking for large TAMs.  Very large TAMs.   Often, $100b+ TAMs.

So what do you do to get VCs excited if you see a $100m+ ARR / $1b+ unicorn in a space, but the nominal TAM just isn’t that big today?  A few thoughts, which can be combined

By the time you get to Series B and beyond, you need more than a clear model and an early edition or product launch.  But these can often be enough in the Seed and Series A days to convince investors to go on the unicorn journey with you.  Even if your TAM isn’t quite huge today.

I’ve lived this myself.  A bit more of a deep dive here:

What To Do if Your TAM is Too Small for VCs originally appeared on SaaStr.com 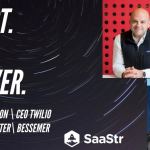 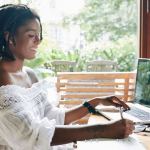