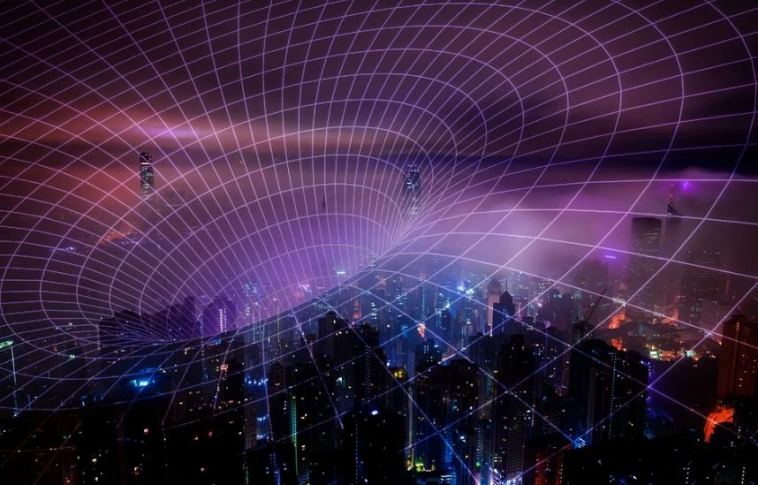 SaaS can be defined as a method of delivering software or other services such as hosting via the internet. The customer pays a subscription fee to access the software instead of buying, ‘owning’ and installing it in their own machines. We have already covered different types of SaaS solutions and the benefits and challenges of SaaS in detail in dedicated posts. Here is a summary of the major benefits:

The concept of ‘rented’ IT services has been around since quite a while, but it was different in form than today’s SaaS and cloud computing. Although both the terms SaaS and cloud computing are used interchangeably and are related to each other, they differ in scope. Many sites that we use on a daily basis such as Facebook, Twitter and Snapchat are essentially SaaS products at their core. SaaS generally refers to ready-to-use software that is delivered online including:

The History of SaaS

The Timeline of Computing

1989: Invention of the World Wide Web

2000s:SaaS app suites and ecosystems such as Salesforce begin to emerge

2010:Salesforce led the way to prove that SaaS is the future of software delivery

2010-Now: Refined SaaS products that include almost everything that was available as a packaged software

The history of SaaS is fairly short and not like the history of the roman empire. The concept of ‘rented’ computing resources was introduced by IBM and other some other providers of mainframe computers. These companies started offering computing power and storage space to large organizations such as bank. Large businesses considered it as a cost-effective alternative. At that time, enterprises were focused on using the computing power of mainframe providers and developing their own software.

SaaS has been around since the 1960s in one form or another at a time when expensive and big computers were exclusive to large businesses. Very few SMBs could afford to buy one for themselves, which led to the birth of time sharing or utility computing systems. These systems refer to terminals connected to a centralized computer or a mainframe.

All the data remained on these central computers and was accessible using the keyboards and monitors connected to each terminal. Users entered input through the keyboard and monitor, the data was processed in the central computers and the output was sent back to the terminal. This allowed businesses of various sizes as well as other institutions such as universities and government agencies to access computing power without having to spend a lot of money on big and expensive computers.

These time sharing systems remained in use until 1980s. That’s about the same time when computers became a lot smaller and cheaper. However, businesses still viewed time sharing systems as a more cost-effective alternative. The centralized systems used modems and dedicated phone lines to send/receive data from the clients. Although a modem might not seem like much today, the old applications were fairly simple and had text-based interfaces, so the data being transmitted was much smaller.

Businesses kept using time-sharing systems throughout the 70s until personal computers became a reality with employees having their own computers and locally installed apps. During this time, time-sharing apps and SaaS took a break as on-premises software became popular.

SaaS really took off in the late 80s and early 90s with the expansion of the internet and steadily decreasing prices of personal computers, which became cheaper than they had ever been. This meant that it was now possible for employees to have their own computer at their desk instead of many employees sharing a computer. The need to rely on timesharing systems decreased with the passage of time, while the SaaS industry also adopted accordingly.

The old hub-and-spoke systems were replaced by computers that were interconnected through LAN (Local Area Network). This allowed businesses to host critical data on the central servers and other apps on the local computers. This allowed employees to access both the data and applications from their own computer through LAN, which is considered to be an early form of SaaS or cloud computing.

Businesses hired network managers/admins to ensure smooth operation and control of the company networks, data backup, hardware/software maintenance, upgradation and other related tasks. While large companies were able to afford dedicated IT teams and networking experts, SMBs relied on network managers to perform multiple roles, including training existing and new employees to properly use the network.

That’s where things started to get complicated as not all businesses were well-equipped to operate, maintain and scale local area networks. Many network managers lacked formal training, while others were not well-equipped and up-to-date with the latest developments. It was also not easy to determine how much money should be allocated for network managers who often ended up being underpaid, overworked and ill-equipped to efficiently carry out their jobs.

The Evolution of SaaS

USI (HQ in Washington) and Futurelink (HQ in Irvine California) were the pioneers of what we know as cloud computing today. SaaS is essentially an extension of the original ASP model, but today SaaS is more of a specialized field than just a way to deliver different services over the internet.

Initially, ASPs mainly focused on hosting and managing software of 3rd-party vendors, but today a large number of SaaS vendors offer and manage their own software. Moreover, ASPs mostly offered the traditional or installable client-server apps, which businesses had to install on their computer.

SaaS providers now deliver apps through the internet and although hybrid and installable solutions are still available, the focus has shifted to online delivery. Another difference between modern SaaS providers and how early ASPs operated is the software architecture. ASPs maintained a separate instance of the app for different businesses, while today’s SaaS providers usually use a multitenant architecture, which allows them to serve the same application to different users by partitioning the same resources.

The complexity and requirements of the software increased at a rate faster than what the hardware was capable of, while the storage space also came at a premium. Enterprises that ran thousands of systems were finding it hard to manage their systems and apps. They were looking for a way to get their apps running on those thousands of computers without filling up all the space, which again led them to consider hosting their data on 3rd-party computers.

With the expansion of the internet and its wider availability, businesses no longer had to solely rely on in-house hubs or LANs. They quickly realized the cost-effectiveness and other benefits related to storing their data off-site and accessing it through the internet. Initially, the companies that provided over-the-internet services were called Application Service Providers.

The term ASP (Application Service Providers) referred to modern centralized computing. Like today’s SaaS providers, ASPs offered services such as managed business apps and hosting services. Centralized computing witnessed an exponential growth. This allowed businesses to cut costs and saved them from heavily investing in the infrastructure and specialized resources needed to maintain and manage it.

The most obvious business concern at that time was data security as things were essentially not in their own hands. Businesses were hesitant to store their sensitive data in third-party systems and perceived new start-ups as security risks in the long term. However, the SaaS industry kept growing and started to gain traction by late 90s and early 2000s.

The most popular enterprise applications included accounting and payroll and CRMs. Businesses started moving away from single-use or perpetual licenses to subscription-based licenses due to low upfront costs and better scalability. The SaaS industry proved itself and witnessed consistent year-over-year growth in the following years, which is a trend that still continues to date.

From ASPs to SaaS Providers

The ASP system did not prove to be a huge success, but without it SaaS might not have evolved into its current form. The main reason behind transition from ASP to SaaS is considered to be the huge promises ASPs made and failed to fulfill them. These promises included easy deployment, low cost, seamless updates and fully-featured remote applications. Virtualization technologies played an important role in evolution from ASPs to SaaS and allowed providers to easily create new instances for each business/user. SaaS providers delivered on these promises for the most part, and the contributing factors include:

The Exceptional Journey of the First SaaS Provider

Concur started like most other packaged software businesses and sold physical copies of its expense and travel software as floppies and CDs. It moved away from selling in-store to selling directly to businesses, which is considered an industry first. Concur went public in 1998 on the same model with a market cap of $18m (after the 2001 crash).

It learnt the lesson and transformed itself in to a SaaS provider offering software that only needed a web browser to work. With more than $600 million in annual revenue and 13 years later (2014), SAP bought Concur for $8.3 Billion, which is the biggest SaaS acquisition and something very few SaaS companies have been able to achieve.

The two main reasons behind Concur’s massive success include i) persistence and building a company that defined a new category and ii) providing a mechanism to contrast the traditional licensing model and SaaS. Before the move from CDs to SaaS, Concur had to settle on around 40% gross margin due to the cost involved in writing, packaging, stocking and shipping CDs, and paying commissions to the retail stores. The new model increased the margin to above 60% with training and other professional services replacing the old cost of goods sold.

In 2010, the gross margin jumped to 72% in the cloud era, thanks to the economies of scale. At around the same time Concur became one of the few companies to achieve both positive net income and CFBE (Cash Flow Break Even). This makes Concur one of the very few companies to have successfully survive two major business model evolutions.

Conclusion and The Future of SaaS

SaaS has taken various forms since the 60s and has not only survived over five decades, but has also transformed into a technology that’s still growing at a rapid rate. The growth of SaaS and cloud computing is showing no signs of slowing down anytime soon. Experts believe that SaaS growth has not even reached its peak yet and is still in its middle age. What this essentially means is that the SaaS industry is mature enough, but the best of what it has to offer is yet to come.

The History, Evolution and Future of SaaS(Software as a Service) originally appeared on SaaSMetrics.com 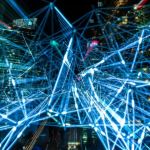 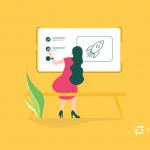