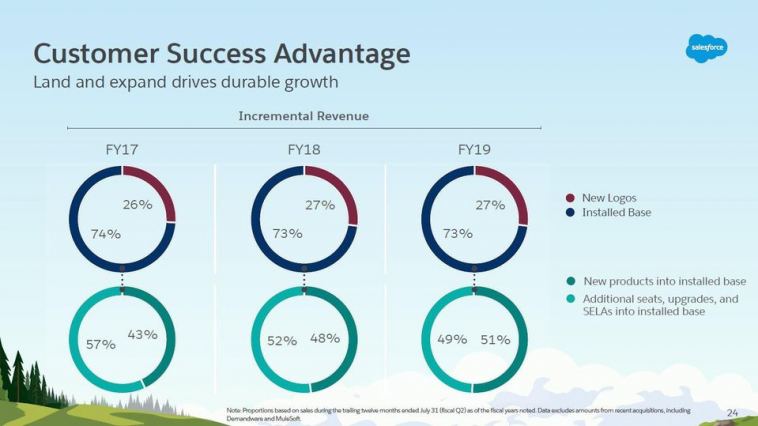 During our recent catch-up with Salesloft CEO Kyle Porter after their $1.1 Billion funding round, Kyle chatted about his latest learnings from fundraising.

The top one was that pre-IPO investors are now more interested in GRR — gross revenue retention before churn — than NRR.

Now why would that be?

Of course, NRR is the compounding engine of growth in SaaS companies.  Top-tier NRR fuels unicorns and decacorns.  140% NRR of industry leaders means each $10m of ARR becomes $14m ARR then next year, then almost $20m ARR the following year, and so on.

NRR of 100% for SMBs, and 120%+ for enterprise is what makes SaaS in large part so appealing to investors and Wall Street.

But … Kyle’s point, and Wall Street’s, is that high NRR can also mask low net new account growth.  For example, we’ve recently see several IPOs where the overall growth rate isn’t much higher than the NRR growth.  That means the vast majority of new revenue is coming from existing customers.  Indeed, we can see for example, 73% of Salesforce’s revenue growth comes from its existing customers:

The risk is that the sales team and the revenue org puts too much effort at scale into the “easier” revenue in upsells and account growth, once a market begins to get harder to penetrate.   And not enough into the harder-to-acquire net new names.

I recently met with a late stage start-up at $100m ARR growing 30% a year … good but not great at that scale.  But new logo growth was only 10%.  That means most of the growth is from the base.  Sustainable?  Perhaps.  But not a complete engine for future growth:

High NRR is key to compounding in SaaS.  It should be one of your Top 5 metrics.  Mathematically, it’s more important than GRR.

But if you make it a goal ahead of net new logo growth and logo retention, you may end up creating an incentive to harvest your existing customer base too early.

Aim for at least 50/50.  50% of your growth and new bookings from new logos.  Combine that with top-tier NRR, and then you really have a decade to run. 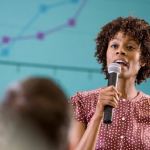 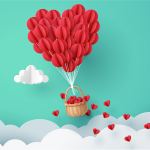