A long-time reader wrote in to ask a question that pretty much everyone asks some variant of:

If you had to force rank these items in terms of what we should primarily be looking for in these first sales reps, how would you rank them?
– has sold SaaS before (as opposed to selling media/ads, or some other product)
– has sold something of a similar size ticket/ACV (ours is high..$150k-350k ACV)
– has sold something to the same kinds of companies we are going after
– has worked in a startup situation before
Thanks again, have a great weekend.”

These are the right questions.  You can’t have it all, not only in your first reps, but in any of your reps, really.  What do you look for?

Well, later, you can look for a lot of things.  And later, your VP of Sales can do the hiring.

But over dozens of SaaS start-ups that have churned through their first sales reps, I’ve boiled the key criteria down to Just Two.  Here’s all you need to know to qualify your first two sales reps:

>> So what do you give on then?  The reality is, what you’re probably giving on is The World’s Best, Proven Closers.  You may hire very good reps … but not the absolute top of the pack.

And that’s OK, in early days.  Because hiring someone that is Good, that You’d Buy From and Trust, That Has Been Trained in SaaS Sales … is going to work.  Better than the world’s best closer that you wouldn’t buy from, that you don’t fully understand.  As long as they are a good closer 50+ hours a week, that’s probably much better than you doing sales part-time — assuming you are still there to help a lot.  Most founders-serving-as-VPs of Sales are great middlers, great demo’ers, but mediocre closers.

You haven’t been trained to ask for the check.  And you don’t like to Hear No.   And you’ll leave (lots) of money on the table just to close the customer.

A good rep, that you trust, that you’d buy from, with at least 18+ months of experience — will do better.  They’ll ask for the check now, this month.  They’re ok hearing No.  And they don’t leave as much money on the table.  They’ll call back the leads you’ll lose patience with.  Many CEOs don’t call back all the leads, not really.  They’ll deal with the headaches of discounting.   Etc. etc.

But without #1 and #2 — it’s too risky.  They’ll fail, you won’t trust them or understand them, and you’ll be back to Square One.  You can’t afford that.

Finally, note what isn’t in any of the 3 questions above — domain expertise.  Yes, it would be nice to hire someone that knows your industry in theory.  But generally, don’t do it.  Or at least, don’t add points for it.  Domain expertise is a siren that blinds you to whether or not they really have the skills to sell at your start-up.  95 times out of a 100, a rep you would buy from, that has a few years of good experience, that worked somewhere even harder, will work out.  And they pick up the most critical domain expertise within 60 days.

Every successful start-up had a Magical Sales Rep in the early days:

* often from a non-traditional background
* >really< got the product, + every use case
* knew how use the product to >truly< solve prospects’ problems
* clever enough to work around big gaps
* part evangelist

How to Ensure Your First 2 Sales Reps Actually Work Out originally appeared on SaaStr.com 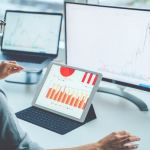 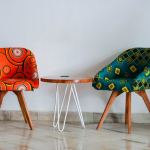