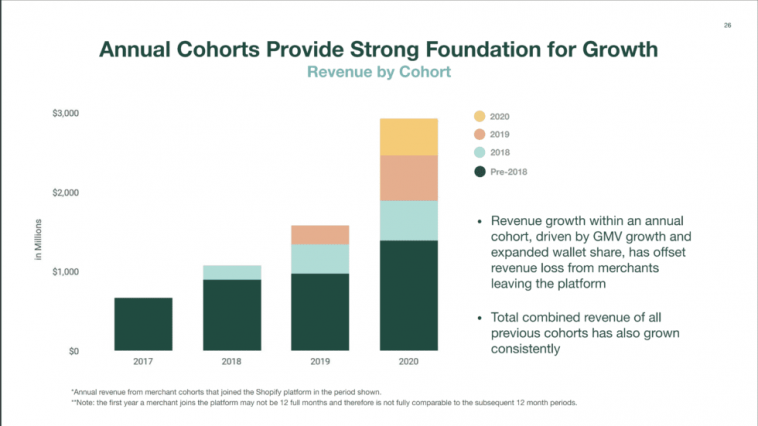 There’s one theme we’ve reiterated over the years, at least since 2017 or so when we interviewed the CEOs of Twilio and Veeva back-to-back:

Fast forward to today, and we can add an important nuance to that: a second core product not only helps you grow faster at scale (a bigger TAM), but it drives up NRR and more revenue from your existing customers.

That’s the magic.  If your second or third core product isn’t just another offering, but adds significantly more value to your base — they stay longer, and buy more.

Let’s take a look at a few Cloud leaders that show this quantitatively:

#1 Shopify’s NRR has grown from 100% to 110% as its merchant services (payments) has exploded.  Shopify sells roughly 75% SMB / 25% enterprise, and while it hasn’t always disclosed its NRR (many SMB leaders don’t), what disclosure there has been in the past was around 100%.  Pretty good for SMB SaaS.

But then a lot changed in the last few years.  As Shopify evolved from mainly a software play to one that enabled payments and merchant services, that second product (payments) took off.  In fact, now it’s more than 2x the size of its SaaS software alone.  More on that here.

And when it packaged both together more and more closely, NRR crossed 100%, probably to 110%.  You can see dramatic cohort growth since 2018:

#3.  PagerDuty.  While PagerDuty’s NRR hasn’t necessarily gone up with additional product offerings (they don’t segment it), customers that use more than one product are growing a lot faster.

You probably don’t need a second or third product in the early days.  But as we’ve seen in this series, you almost certainly will need one after $100m+ ARR to really scale quickly.

If nothing else, this is an argument for launching your second core product earlier.  Maybe not at $10m ARR for most of us — there’s just too much to do then to get distracted. But $10m-$15m ARR might be the time to start thinking about it and running some tests.  That’s usually when most of us get just big enough we can put an extra team on something, without distracting everyone else.

And a deeper dive on NRR with SMB customers in general here:

Don’t Settle for Less Than 100% NRR from SMBs

How to Drive NRR Over 100% With SMBs originally appeared on SaaStr.com 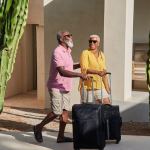