Q: Dear SaaStr: Should I Move Our Fiscal Year From Dec 31 to Jan 31? Will It Help The Team?

There’s a natural evolution as you scale a SaaS company.  In the beginning, every day can almost seem life and death.  Every single deal feels critical.  Sales cycles seem so long, and you can barely even see a quarter ahead, let alone a year.

Peter Gassner, CEO of $35B market cap Veeva and I had this discussion at a SaaStr Annual, where in the early days he could only plan about a quarter ahead, max:

But then, as you scale, things do get more predictable.  Sometimes as early as $4m-$5m ARR, sometimes it can take longer, especially for enterprise deals, where it may not even seem predictable at $15m ARR.  But it does get there.

And when it does, one of the things that can make sense is to move from montly to quarterly quotas and sales goals.  Do this too early, especially in mid-market and SMB and “mixed” (S/M/L) sales, and the sales team often just doesn’t work as hard the first two months of the quarter — and can struggle to make it up the last month.  More on that here:

But still, in the end, most SaaS companies move to quarterly quotas and projections as they scale.  At least past $20m, $30m ARR.  Because it all gets more predictable, and a quarterly goal does take a little stress out of the system once there’s enough predictability that you don’t have to worry as much about the first 2 months of a quarter.

Another step folks then do is move their fiscal / financial year from Dec 31 to Jan 31.  Salesforce does it, and has for a long time, and so do so many other public and later stage SaaS companies.  Why?  It takes the pressure off the holidays for the sales team — so the team can relax more — and it makes closing deals at year-end a bit easier, as your prospects and customers haven’t gone on break.

But there’s a downside.  It again removes a little bit of urgency.  It removes that pressure to hit the Dec 31 deadline to get those deals in for the year.  Jan 31 just isn’t the same.  I know some will disagree, and it probably doesn’t matter when your bigger, or have a truly excellent VP of Sales on board.

Why The Greatest Sales Teams Just Kill It On Dec 31. When Everyone Else Has Gone Home.

But still, you have to go long.  It does make the holidays easier on your team if the pressure is off a bit with a Jan 31 fiscal year.  The team gets to come back from Christmas break, sell hard, and sell to customers who are 100% for sure working at the end of the month.

So my simple recommendation is this:  like moving from monthly to quarterly quotas … hold off on moving from Dec 31 to Jan 31 fiscal year.  In particular: hold off until you have such a strong VP of Sales in place that you are confident it doesn’t matter.  And she is confident also it won’t help.  This often isn’t much before $20m-$30m ARR.  Until then, hold the line if you can.  Stick with a Dec 31 push to close out the year strong.

And then after that, after $20m-$30m ARR when you have a great VP of Sales you trust, and you know will hit the plan either way.  Well after that, let her decide.

Also, David Sacks of Craft Ventures had a good SaaStr session on how you have to build a cadence here, at least after the early days, after 50+ employees:

Dear SaaStr: Should I Move Our Fiscal Year From Dec 31 to Jan 31? Will It Help The Team? originally appeared on SaaStr.com 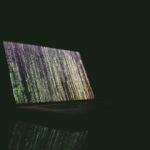