SaaS metrics can be more confusing than one might think.  What if some of the revenue doesn’t recur?  What if the client never deploys?  What if a customer churns, but is on an annual contract?  Is that just a blip in our NPS?

* ARR always = 12x MRR. Always.
* There's no such thing as a Gross Burn Rate
* If your cash collections < MRR, your MRR is wrong
* The later the investor update, the worse the month
* There's no churn that “doesn't count”
* Your NPS is lower than u think

I hear you.  Still, let me share 6 flags that when I see and hear them … I worry.

1. ARR always = 12x MRR Always.  Look, ARR and MRR aren’t really GAAP metrics.  But MRR is just a monthly snapshot of your recurring revenue for this month, and ARR is really just a projection of that across the current and following 12 months.  So ARR is just 12x your MRR.  If you start playing games, or excluding some customers from one of the categories (ARR or MRR) … which I see a lot … everyone will just get confused.

Worst case, just take your GAAP revenue for the month, and call it MRR.  Then multiply it by twelve and call that ARR.  That’s fine enough for now.

2. There’s no such thing as a Gross Burn Rate.  This sounds minor, but it isn’t.  “Burn Rate” is another non-GAAP but critical SaaS metric, and it’s exactly how much cash goes out the door.  So it’s always net of revenue, not “gross” before revenue.  You should report:

Let me simplify:  your Burn Rate should be exactly how much your bank account went down last month.  Even include a copy of your bank statement in your board pack.  I always did.

Many founders report the second bullet above as a “Gross Burn Rate”, or confuse total operating expenses with a Gross Burn Rate.  This just again will confuse everyone.  I’m confused even writing about it.

Burn Rate is designed to tell you how much time you have left, with the exact cash on hand.  No games, no exceptions.

And pair it with a Zero Cash Date.  All investors should know when you are running out of money.  Period.

3.  If your cash collections are < MRR, your MRR is wrong.  Trust me here.  Folks challenge me here all the time.  And then they come back months later and say I was right.

This is SaaS, and so if you are growing, your cash collections should at least exceed your MRR each month.  Ideally, cash should be 110% or more of MRR.  More on that here:

And when I see a start-up collecting less cash than its MRR, that’s always a Yellow or Red light.  Something important is off in finance, in metrics, in reporting, and/or collections.

And it almost always leads to a restatement of revenue … downwards.

If your cash collections are less than your MRR, you have a significant quality of revenue issue.  Fix it.  Because it only gets worse.

4.  The later the investor update, the worse the month.  This is almost always true.  It’s SaaS, so again, by the last day of the month you should at least sort of know your approximate MRR, if not all your expenses.  The best SaaS CEOs are proud of that, and almost always get an investor update out ASAP.  At least a Flash update with top-line metrics.  The longer the update drags on, the worse the month.

And the lack of transparency just worries everyone.

Get at least a basic Flash update out with 72 days of month-end.

5.  There’s no churn that “doesn’t count”.  I hear this so often, even up to $20m ARR or so.  A big customer or two churn, and it “doesn’t count” because the product wasn’t the right fit, or there was champion change, or they were an “early customer”, or whatever.  Well you know what?  It will happen again.  You’ll lose another big customer.  So you don’t get to not count it.  And especially, you don’t get to ignore it.

If you don’t like your churn rate due to a big customer loss, well that’s pain you and the whole company should feel.  And you’ll do better going forward because of the pain.

Don’t sweep it under the rug.

6.  Your NPS is lower than you think.  NPS is one of my favorite metrics, more on that here, and you have to measure it.  It’s a great core KPI for the company, and I’ve seen again and again, if you drive it NPS each quarter, churn goes down and net retention goes up.  Like clockwork.  Almost every single time.

Just don’t take too much confidence from a super high NPS, i.e. 60+.  A super high NPS is usually an artifact of who answers.  As you scale, it rarely stays that high, especially if you really ask everyone.

A high NPS is great, and real.  It just doesn’t mean you can rest on your laurels, that’s all.  Importantly, it can mask the need for more innovation in particular.

6 Important Things Founders Get Wrong In Their Core Metrics originally appeared on SaaStr.com 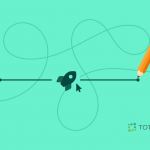 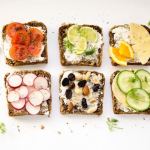